Debris In Between Sun Shade and Moon Roof How Do You Clean It?

I just noticed yesterday that there is some debris, between sun shade and moon roof. I usually have sun shade open half way, rarely have I fully opened moon roof (maybe 4x in the 3 months of ownership). I pop open the back of moon roof more often.

Anyway, yesterday the sun was particularly bright so I closed the sun shade completely and noticed the debris in between shade and the glass and not sure how to clean it out. It looks terrible though. Not totally trashed but it's very apparent especially when sun is shining through shade.

I hope someone has the answer, I haven't had the time to investigate if there's a way to clean in between the shade and glass pannel. I never gave it any thought before yesterday now it's something really bugging me. Maybe there's a way to take shade out of the rail for cleaning.

If I find anything I'll post it here. BTW I described it as debris because it's specs and pieces of stuff that I can't tell what it is, it looks like the stuff you'd see on your dash IF you hadn't cleaned it for a year or whatever.

Get the Micro Vacuum Attachment, its small enough to squeeze into the area between the shade and the glass.
https://www.amazon.com/Schneider-Industries-Micro-Vacuum-Attachment/dp/B000BSJCLY 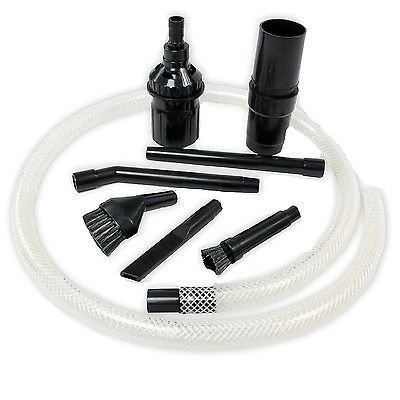 AlltrackMike said:
Get the Micro Vacuum Attachment, its small enough to squeeze into the area between the shade and the glass.
https://www.amazon.com/Schneider-Industries-Micro-Vacuum-Attachment/dp/B000BSJCLY

[video=youtube;wfo5iM3f3K4]https://www.youtube.com/watch?v=wfo5iM3f3K4[/video]
Click to expand...
I've got that exact kit. Bought a long time ago. I was hoping that maybe there's a way to somehow pull shade down away for better cleaning. I worry that if one of those wand pieces comes off while cleaning it would be difficult to retrieve.

VW should have put a brush across the leading edge the whole width of shade to prevent debris of getting in there in the first place. So much for German engineering. It's not like I've been out beating my car through the woods just normal driving on paved roads (so far).

On a side note I wonder how long the pop up wind screen is going to last that material is like a nylon stocking. I know those synthetic materials are pretty durable but that part just seems out of place for a car environment that hopefully will last many many years. I've looked up

the replacement part and it's around $125

Anyway thanks for the reminder of that kit, now if I can just find it. Have you used the attachments for cleaning the shade?